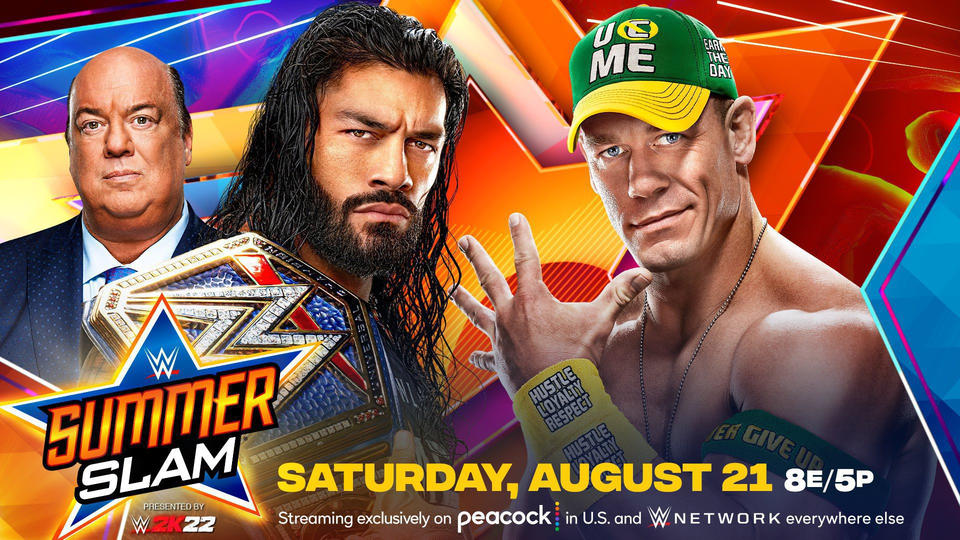 Whether it be due to nefarious circumstances or not, Reigns is at the top of his game and is one of the most dominant titleholders in recent memory, boasting victories over the likes of Edge, Kevin Owens, Rey Mysterio, Cesaro and basically everybody else in his path.

Though Reigns is firing on all cylinders, will The Head of the Table be able to see Cena? Fresh off his shocking return at WWE Money in the Bank, the 16-time World Champion made his intentions crystal clear: He wanted to be next in line to challenge the brash titleholder for the Universal Championship at SummerSlam. After Cena laid down a verbal diatribe on the champion, though, Reigns flat-out refused Cena’s challenge and instead accepted a challenge from the recently returning Finn Bálor.

As Bálor was about to sign the contract to make his SummerSlam matchup against Reigns official the following week, a completely desperate Baron Corbin suddenly emerged and took out The Prince from behind before attempting to sign the title contract himself. His effects came up short, though, when Cena emerged and took Corbin out before seizing the Universal Title contract for himself! With his signature affixed to the document, The 16-time World Champion officially became The Head of the Table’s opponent at SummerSlam! The Summer of Cena is heating up!

What will happen when one of the greatest Superstars in WWE history steps onto Reigns’ so-called “Island of Relevancy” against the dominant Head of the Table at Your Summer Vacation Destination? Don’t miss SummerSlam on Saturday, Aug. 21, streaming at 8 ET/5 PT exclusively on Peacock in the United States and WWE Network everywhere else.