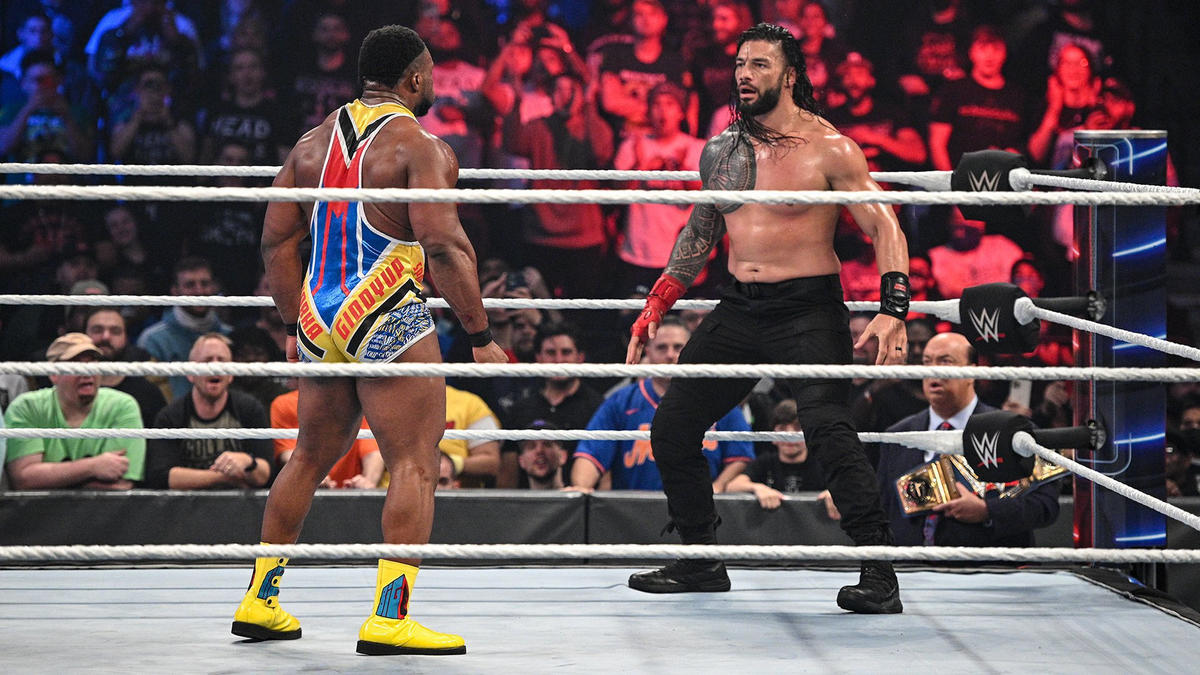 The two massive men battered one another as a shocked Reigns needed three Superman Punches to finally take Big E off his feet. Reigns set up for a Spear but turned around to a waiting Big E, who instead Speared Reigns through the ropes.

After a Spear from Reigns and a Big Ending from Big E both resulted in near-falls, the WWE Champion dragged Reigns outside the ring to slam him off the announcer’s table, the ring post and the barricade. The Head of the Table jumped back into action, flying off the stairs to deliver a thunderous Superman Punch before attacking the injured leg of Big E to set up another Spear for the 1-2-3.